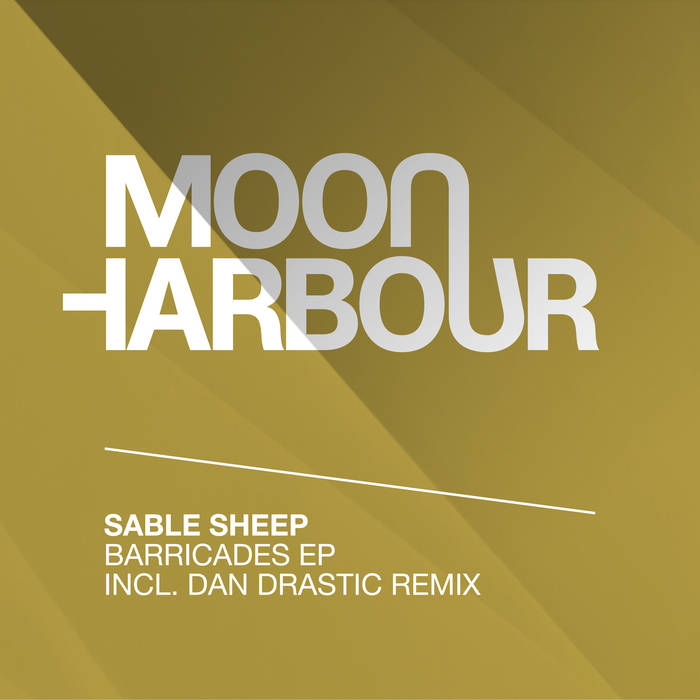 Sable Sheep has fast become one of Moon Harbour’s most integral family members thanks to his fresh tech house perspective. Here he returns with another hot new EP that also features a vinyl re-release of ‘Upon Burning Skies’, which proved to be something of a hit on dancefloors across the world this summer gone. Buyers of a digital persuasion will also be treated to a Dan Drastic remix of Sable Sheep & Fosky’s ‘Barricades Of Nowhere.’

Despite being on a constant and busy tour of top clubs and festivals across Europe, German Sable Sheep has still managed to come up with the goods. On ‘Cargo Room’, a jostling, loopy bit of slinky tech house with warm paddy kick drums and a sensually teasing vocal snippet that stretches between the beats. The poly-rhythmic effect is hugely infectious before ‘The Forgotten Ones’ goes for a much creepier, weirder vibe. This one is all suggestive and shadowy, with occult synth dots and alien life forms all existing above a beautifully elastic bassline. It breaks and kicks again at various points and it’s sure to have attentive dancefloors in raptures, locked on to every rotation.

‘Barricades Of Nowhere’ is a collab with rising Argentinian Fosky, who has released on Crosstown and Desolat before now. This one spits out metal snares, has an urgent alarm-like hook and picks up the pace with its bouncy techno leaning beats and big hi hat ringlets. Physical but warm and organic it’s perfect dancing music before the re-release of last track ‘Upon Burning Skies’ – the hard hitting anthem complete with dark but soulful African murmurings that has made Sable Sheep such a recognised producer the world over.

Closing out another EP that exactly hits the mark and displays Sable Sheep’s usual sense of charismatic sampling, long time label stalwart Dan Drastic re-imagines ‘Barricades Of Nowhere’ as a spangled, synthetic bit of supple techno that’s loose and rubbery and will have you shaking your limbs like you just don’t care.