by Italoboyz vs. Blind Minded 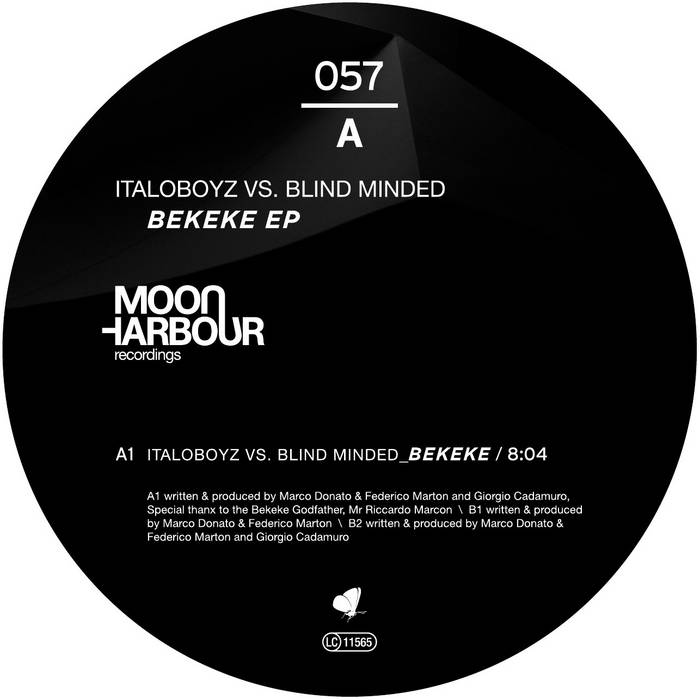 Marco Donato and Federico Marton, better known as Italoboyz, moved to music metropolis London at the beginning of the 21st century. From there they started their career as producers, releasing their first records on labels such as Einmaleins, Treibstoff and Safari Electronique. They had their first big success with “Viktor Casanova“ on Claude VonStroke’s label Mothership and their subsequent records have continued to cause stirs on the dancefloor.

Giorgio Cadamuro, aka Blind Minded, has been a friend of the Italoboyz for many years. Having finished his apprenticeship as an audio engineer in Australia, he also moved to London and because he had his roots as a drum & bass producer, „il martelletto“ – “the small hammer”, as the three call the 4/4 beat – was not initially his cup of tea. Over the years, however, he grew fond of this kind of music and eventually he also added his polish to several Italoboyz tracks.

The title track “Bekeke“ was originally chosen by Davide Squillace and Matthias Tanzmann for the mix-CD “Circoloco @ DC10 - The Next Level”, which came out in spring this year. Now the track is being released on Moon Harbour, with “Spooky Bird“ und “Mamacita“ on the B-side. All three tracks are characterized by a straight, uncomplicated groove. “Bekeke“ stands out with a simple melody, combined with sporadically emerging disco stabs. “Spooky Bird“ combines organic percussion and an engaging, almost random, whistling sound. The last track, “Mamacita“, is built around a disco loop and layers a distinctive vocal sequence, percussion and catchy rhodes-lick on top.