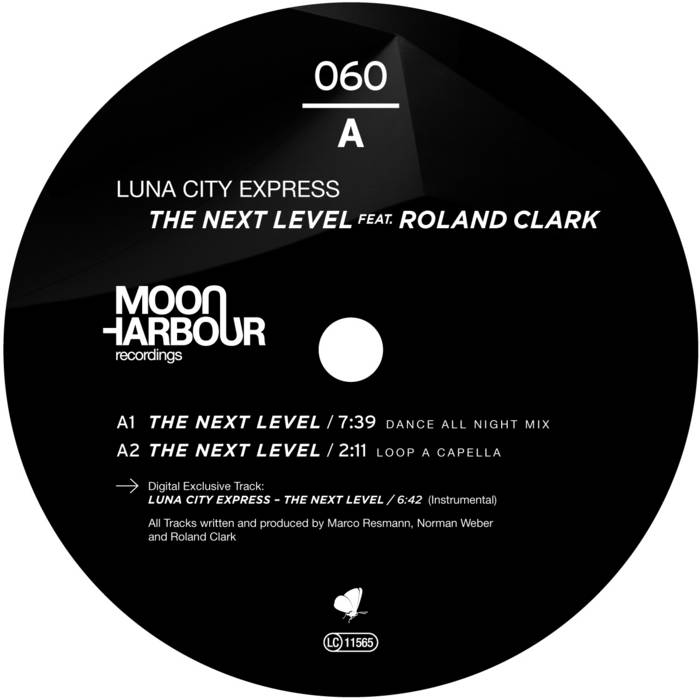 Norman Weber and Marco Resmann of Luna City Express are known for their distinctive house style, which combines classic house grooves with a nice sprinkling of humor. This is also what makes their track “Mr. Jack” from the album “Hello From Planet Earth” one of their greatest hits. Since autumn 2011 the two Berlin-based artists have been taking turns with Dan Drastic at hosting the Moon Harbour Radio Show. They have also become an essential part of the Berlin club scene. As resident deejays they appear regularly at the Watergate, one of the best clubs worldwide.

For the vocals on “The Next Level”, they invited none other than Roland Clark, one of the most famous voices in house music. He has been active in the house music scene since 1987, and many of the tracks he has contributed to are also real classics. The best known among these are “Flowers” by Armand van Helden and one of the most often remixed house tracks, “I Get Deep”, which he produced himself. In “The Next Level”, Roland Clark, who also wrote the lyrics for the track, reminisces about a more or less typical clubbing night. The protagonist starts the evening with a bad mood caused by everyday stress and plenty of bad luck, but the deejay once again saves the night and his mood – a feeling most of us know from our own experience.

“The Next Level” is a classic maxi single with various versions of the title track. The Original Mix grabs the listener through the bass parts that were recorded with a theremin and the effects that were added to the track in real time. The Sunday Morning Mix and the Dance All Night Mix are based on classic house music arrangements, but, just like the Original Mix, they aim straight for the dance floor. As a bonus, the single also contains a Loop A Cappella and an Instrumental Mix. With such a generous mix of tracks, there’s really something for everyone.